When the French invaded their land in 1803, many of the Hanoverian army escaped into England to fight for King George III, who was also the Elector of Hanover. In December 1803 the King’s German Legion was formed.

In 1804, several thousand KGL troops arrived in Bexhill. The impact on the local population was tremendous; at first the villagers likened the KGL to Cossacks, but their harmonious singing in St Peter’s church endeared them to the people of Bexhill. These soldiers took great care of their horses which of course created employment for the tradesmen of Bexhill. One Barnard, landlord of the `Queen’s Head` in Belle Hill, was also a bootmaker and made the Hessian-type boots to the order of the Hanoverians. [Source:- `The Story of Bexhill` – L J Bartley page 121]

Many a young girl’s head was turned by these soldiers. Eventually there was intermarrying. St Peter’s Parish Register bears witness to this and a copy of the marriages between the KGL soldiers and local girls is in our archive. 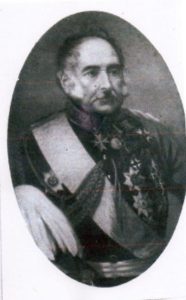 The best known of the officers in Bexhill was Colonel Hugh Halkett, who had transferred from the Scotch Brigade. To relieve the tedium of the depot life he sent two companies of Hanoverians to dig in the wreck of the Amsterdam at Bulverhythe, but the water soaked in so fast that the attempt had to be abandoned.[Source:- `The Story of Bexhill` – L J Bartley page 122]

The Duke of Cambridge

LEWES, 24th June 1805. On Saturday, the 15th inst. His Royal Highness the Duke of Cambridge, reviewed the King’s https://www.discountjerseys.co German Legion at Bexhill and dined and spent the evening with Lieut. General DON; and on Sunday his Royal Highness attended divine service on the parade. The sermon was in the German language, as were several hymns sung by the whole corps, accompanied by upwards of fifty musicians. The Duke, after again inspecting the soldiers, visited the new huts, and highly approved the accommodation they afforded for four regiments. [Copyright Sussex Weekly Advertiser – reproduced with kind permission of Hastings Library]

He afterwards rode on horseback to the Martello Towers, now building for the defence of Pevensey Bay, dined with the officers of the Line in one of the mess huts and in the evening the General’s family and officers and all the ladies of the Legion assembled to meet His Royal Highness.