About the Bexhill Hanoverian Study Group

Since its formation in 1989, the Bexhill Hanoverian Study Group has researched the history of the King’s German Legion with special regard to its connection with Bexhill and its influence on the town. Members regularly visit the National Archives at Kew and further research has taken place at the Lloyds Trustee Savings Bank plc, London, who hold in their archives the ledgers of Greenwood Cox & Co., bankers for the King’s German Legion. Our research is shared with other interested parties here and in Germany. 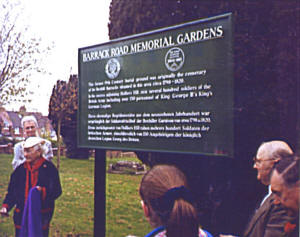 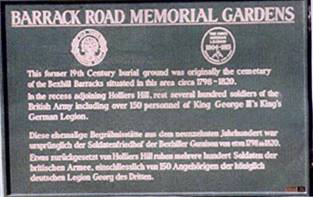 In 1994, the Study Group, together with the Bexhill Old Town Preservation Society, erected a plaque in Memorial Gardens, Barrack Road, Bexhill, dedicated to several hundred soldiers of the British Army, including over 150 personnel of King George III’s King’s German Legion who are buried there.  The late Lady Longford, the Study Group’s then Patron, unveiled the plaque and a re-enactment group was in attendance. 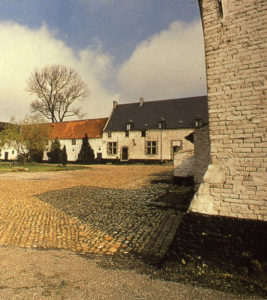 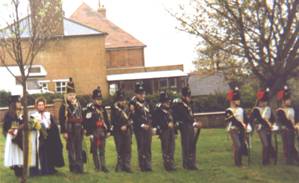 Members of the Study Group in 1998, visited Waterloo and placed a plaque on the wall of La Haye Sainte where the 2nd Light Battalion of the King’s German Legion gallantly defended the farm during the Battle of Waterloo. 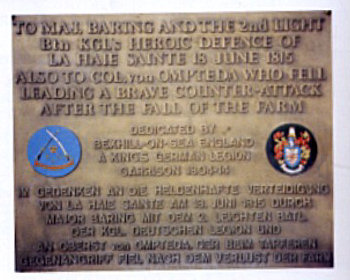 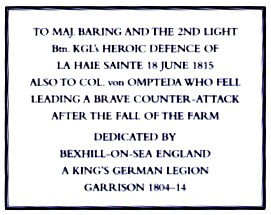 The Study Group has, over the years, accumulated much information regarding the King’s German Legion. Research is still being carried out by BHSG members, and the Group’s library has been enlarged as several publications have lately been donated to the BHSG by our members.

At the zenith in 1805 the barracks in Bexhill were occupied by some 3,570 soldiers, most of whom were in the King’s German Legion.  Many of these married locally. The BHSG has access to a database which has 2,174 names in the A-F section alone.

Meetings are held every third Tuesday of the month  at 7.15pm at Manor Barn, Bexhill Old Town.  There are exceptions to this as, for special occasions such as Seminars, etc. we hold our meetings in the elegant Wellington Room, Northern Hotel, Sea Rd, Bexhill.  In addition, we have various regular outings, such as tours of the Royal Military Canal, Portchester Castle, Apsley House, Walmer Castle, Royal Hospital Chelsea, Dover Castle & wartime tunnels, The Rifles Museum, Fort Amherst and so on, going back to the Napoleonic period.

Check our programme for details of upcoming events.
How to join the Bexhill Hanoverian Study Group.

Database & Research – Judy Beale & Maureen Pullen.
You can contact the group by the following methods:-

Meetings are held every third Tuesday of the month at 7.15pm
at Manor Barn, Bexhill Old Town